Welcome back reading WoX-BloX! For those who are still not familiar what this is all about, let me introduce the World of Xonotic Blogs, where you can get the latest news about Xonotic, let it be either about development, tournaments, or other cool Xonotic related happenings. In this issue the we’ll cover up some of the most important buzz happening in our beloved community.

As you could read in a previous blog post, 11/11/11, Global Gamers officially turned 5 years old! Global Gamers is an IRC network formed on a simple concept: gaming should be fun! To promote that fun they host multiple game servers for classics like Quake2 as well as cutting-edge hits like BF3, and of course, Xonotic! On 12th November as a part of their celebrational events they held a four-match Xonotic free-for-all contest. The matches for the contest were a blast, with participants from AU, US and EU too! The first three winners were:

Congratulations to the winners, and GG for all the other 25 players who celebrated with Global Gamers! You can find demos from fisume^’s point of view here, and a complete list with endgame screenshots of all participants with their scores here. Also, Jehar from TastySpleenTV has made a very nice screencast commentary lasting more than two hours!

As we’ve reported a few weeks ago, [BOT] is organising a 1on1 tournament. The groups stage is already over, the tournament participants are now battling in brackets in double elimination system. Unfortunately, a few contestants have dropped out in the groups stage: Debugger, itsme, Halogene, ai, mepper, C.Brutail, aNictS, Lord Canistra, Calinou, Samual, qbit, naryl and Vargos. s0rk and FruitieX were eliminated in the first rounds of the brackets stage. GG for them, and thanks for participating! If you’d like to follow and spectate the matches, don’t forget to join the xonotic pickup channel on IRC (#xonotic.pickup @ irc.quakenet.org), the usual meeting and gathering point of the contestants, so you might be able to catch the starting of the matches!

The Race Challenge is a very unique monthly community contest organised by Cortez. As the name suggests, the participants have to try to beat eachother and the clock in “race” game mode: they have to run through checkpoints on maps as fast as possible. The first challenge was held in February and ever since then Cortez has announced it every month, providing a great deal of entertainment for the players. November’s announced challenge was** Speedy-Lane** by FruitieX and Cortez. 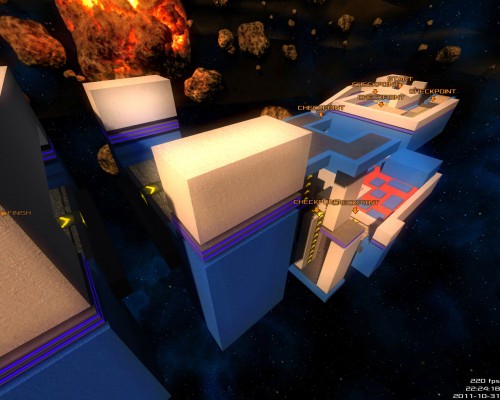 The challenge attracted many players in November too: Mirio, Leeloo, Justin, kunio the frogg, sev, Halogene, It’sMe, Sless, Grunt, nowego4, Dissolves, nifrek, and Soelen. Soelen has also recorded a Youtube video that shows his mad trickjumping skillz, and how he beat the map with in just 13:37 seconds with the help of some imaginary friends ;) (WARNING! Video is slightly NSFW, and features harsh language).

Besides that hilarious video, the winner in November was nifrek with a time of 0:17:42!!

As usual, Cortez has already announced the challenge for December, this time with multiple maps to complete (map names are also download links if you’d like to check out them and take part in the race):

Don’t forget to post your times at the official Xonotic forum!

Xonotic has a very fun, though unfortunately underplayed game mode, called Nexball, originally developed for Nexuiz by Revenant, later recoded by MrBougo. The goal of the game mode is simple: you have to score points for your team in a soccer or basketball/handball style ballgame. However, with currently two maps in the official mappool (and one of them is pretty much broken actually) and one in the works, there’s a real need for some more ball fields to play on. To invite mappers to produce new nexball maps for a possible tournament in the future, Cortez announced a **Nexball mapping contest! **The prize for the winner will be that his map will be played exclusively in the final, while other submissions will most likely end up as normal maps in the tourney. The team of judges will consist of Antibody, MirceaKitsune and merlijn. The rules are quiet simple:

There are already some submission, but keep up those maps coming folks, this tourney will be a great fun! To get you inspired, here are some screenshots, that were submitted by** Morphed**, nowego4 and forseti: 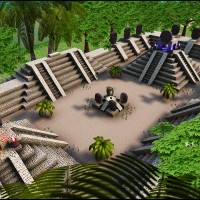 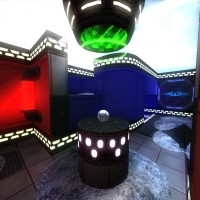 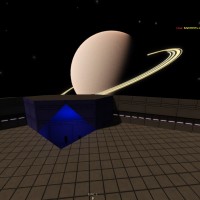 If you have any questions regarding Nexball mapping, feel free to ask on the contest’s thread on the forum, or join #xonotic.editing @ irc.quakenet.org on IRC.

Creativity in the community: Models, maps and audio OH MY

I don’t even know where to start with this section on WoX-BloX, there are just so much awesome creative minds in our beloved community, kudos where it’s due, realy, you guys are just amazing! The first thing to mention is… well… it’s weird. In a good way. Or not, you decide, I’m not into this meme at all.

“My Little Pony” Ponies. With guns. Ponies….Xonotic PONIES! MirceaKitsune has created a set of adorable MLP models that you can use in the game.  Let’s join the fun, jump around, sing happy songs, dance, fling shotguns or just simply blow eachother to smithereens in My Little Xonotic Pony models!

You can get the latest version (v3 by the time of posting the blog) of the models here, but always check the My little pony… Xonotic pony? thread on the forum for updates.

WIP weapon models Though they’re still early and a work in progress, I shall advise you all to keep a close eye on anark10n’s weapon models. Early screenshots, but to be honest, I’d realy like to see some of these badass tools of destruction sometime ingame too! Keep up the good work! 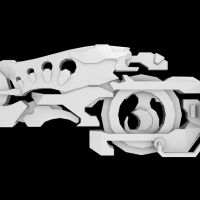 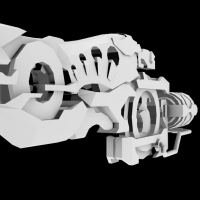 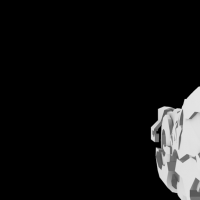 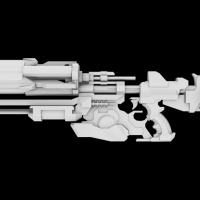 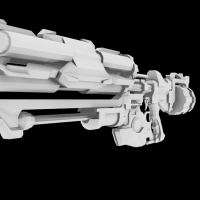 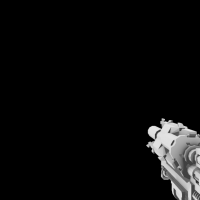 You can see even more of anark10n’s work in his post of the Screenshots of what you’re doing thread on the forum.

Remake of “Bleach” map On mapping grounds Cortez is at it again (from where the hell does this guy get all his energy and free time anyway :D), with a retexturing project of a well known good old Nexuiz map Bleach with the exomorph texture set. 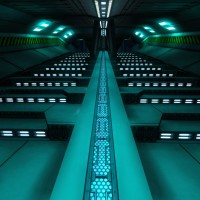 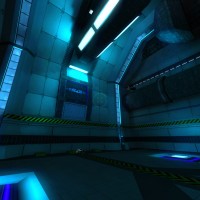 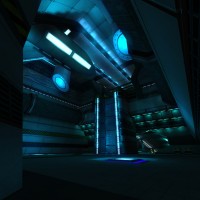 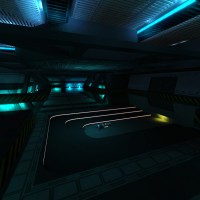 Remake of “Aggressor” map Another classic map we all know and love named Aggressor is being remade by nifrek here with the new exomorph texture pack by Morphed, giving this map a fresh new style while keeping the same great gameplay. Currently of course it’s still a work in progress, but it looks very promising… to check it out yourself, visit the map autobuild server and download the latest “aggressorx” build today!

New CTF map work in progress It seems when Justin is not zooming back and forth with bunny hops on race maps, he likes to try out his skills in brush building also, and I have to say, he has some talent there too! 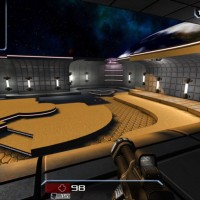 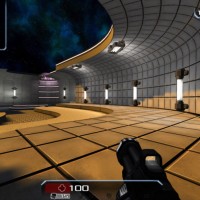 New DM map “Quad Generator” If you’ve ever wondered, where do Strenght items come from, Leeloo gives you the answer: they are of course produced in the Quad Generator facility! I realy dig the visuals and the overall feel of this map, very great job, you should download it and give it a try! The map is still WIP, but it’s in a very playable condition. If you’ve found a bug, or you have some suggestions for Leeloo how he can even further improve the map, don’t be shy to post about it in the map’s thread on the forum!

Strange new DM map “Hyperspace” Do you like warpzones? ThePWTULN sure does, and his new map named Hyperspace does have a few of them. This stylish deathmatch map aims to have simple, yet stunning TRON-esque visuals, and features interesting non-euclidean map geometry.

Hyperspace is still in BETA stage, but feel free to download it, and tell ThePWTULN your opinions about the map on the forum.

Another strange new map “Geodasic” Last, but not least, Nodenum has created a very interesting experimental map called Geodasic. The speciality of the map is that as it’s creator tells it was fully generated with experimental C++ code entirely! The map is a single big geodesic sphere filled with jump pads and some weapons. Seems like Sierpinski finally got it’s successor… ;) You can download the map here, and if you liked it, or you have to comment to add, shout it out at Geodasic’s forum thread.

Voice acting by bitbomb Prepare your eardrums folks, ‘cause bitbomb is here with some announcer and character voices! Stepping out of nowhere, bitbomb’s first forum post ever was offering his help and showing his great work of proposed character taunts and some realy booming annoucer voices - now that’s what I call giving a good first impression of yourself :D You can listen to his work of announcer sounds and character taunts on the forum, and while at it, please give him some feedback too. ;)

I have to thank everybody who contributed to the project by any means from the community, let it be a simple texture, a line of code, maps, models, sounds, artwork, some funny comments or feedback on the forum etc. You’re great folks, it’s a pleasure to play with you and develop Xonotic for good guys like ya all! Finally, feel free to listen to core team developers Samual and divVerent’s new songs on piano linked below